Australian headquartered junior copper miner, Tiger Resources, is to acquire the 40% shareholding in the Kipoi copper project in the DRC which it doesn’t already own. The acquisition covers the 40% of operating company, Société d’Exploitation de Kipoi (SEK), currently owned by DRC parastatal mining company, Gecamines. Tiger already owns 60% of the company and is the mine and project operator.

However, the proposed deal will leave Gecamines a 2.5% gross turnover royalty, and Tiger also says it will cede 5% of SEK to the DRC Government to bring the mining title into alignment with the current mining law and regulations in the DRC. 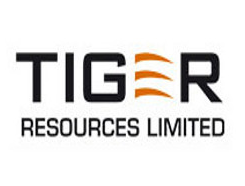 Commenting on the deal, tiger’s CEO, Brad Marwood, noted: “Kipoi has been the cornerstone of our business over the past seven years and together with our DRC business partner we are proud of our achievements. We see the potential to grow our business by focusing on near-mine exploration and sourcing plant feed from elsewhere in the Kipoi region, thus ensuring the mine should operate well into the next decade.

“We believe the acquisition of the additional 40% interest in SEK to be earnings-accretive and offers the opportunity to grow our business and cement our future in the DRC as a 50,000t per year copper cathode producer once the proposed expansion of the SXEW facility has been completed.

“The purchase price is considered a good outcome for all parties having regard to the current 25,000 tonne/year copper cathode production and the fact that the HMS operations are nearing the end of their life.”

Tiger plans to fund the acquisition through a $73.4 million equity component through the placement of 65 million fully paid ordinary shares at $0.30 per share to raise $19.5 million; and a fully underwritten pro rata accelerated non-renounceable entitlement offer to raise a further $53.9 million, with the balance coming in part from a $100 million finance facility from Taurus Mining Finance Fund.

The Kipoi Copper Project is a medium to high grade copper mine and development project located approximately 75 km NNW of Lubumbashi in the DRC’s copper-rich Katanga Province. Tiger has been undertaking a phased development schedule there with the most recent development being the commencement of copper cathode production from its Stage 2 solvent extraction electro-winning (SX/EW) plant in May this year. This first phase of the SX/EW plant is expected to produce copper cathode at the nameplate level of 25,000 tonne/year.

Up until then, production has been from a heavy media separation (HMS) plant which has been in production at Kipoi since 2011. The HMS plant has produced concentrate stockpiles containing an estimated 159,600 tonnes of copper which are providing feed for the SX/EW plant for the first three years of its operation.

Kipoi is thus a relatively low cost copper miner with life of mine site operating costs put at US$1.04/lb and All in Sustaining Costs around $1.75/lb, compared with a current copper price of around $3.15/lb suggesting strong margins.

There are a number of other already-defined copper bearing deposits in the 55 square mile project area. Tiger reports that the project contains a 12km sequence of mineralised Roan sediments that host at least five known deposits: Kipoi Central, Kipoi North, Kileba, Judeira and Kaminafitwe. 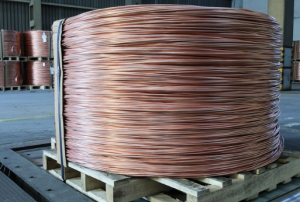 JORC-compliant resources have already been reported at four of the deposits: Kipoi Central, Kipoi North, Kileba and Judeira. The principal deposit is Kipoi Central, which contains a zone of high grade copper mineralisation within a much larger, lower grade global resource. Production targets are underpinned by estimated JORC compliant Ore Reserves. The combined Measured and Indicated resource is put at 61 million tonnes grading 1.4% copper and 0.07% cobalt containing 848,000 tonnes of copper and 41,500 tonnes of cobalt. There is a further Inferred resource of 12.3 million tonnes grading 1.1% Cu and 0.04% Co for 133,000 tonnes of copper and 5,400 tonnes of cobalt.

It is envisaged that ore from Judeira and other deposits within the Kipoi Project area, and within the nearby 100%-owned Lupoto Project, will also be processed during the SX/EW operations, providing additional returns and increasing the ore reserves available as feedstock to the SX/EW plant. This plant is expected to produce 25,000 tonnes of copper cathode in its first operational year and to be expanded to produce 50,000 tonne/year subsequently. Altogether it has been projected to produce 532,000 tonnes of copper cathode over an 11 year life, but positive exploration results could prolong its life further.

The company thus states that increased resources from these deposits will potentially increase the mine life and/or the annual plant throughput, but that further exploration, evaluation and other testing will be required to determine the proportion, if any, of ore from these deposits that may ultimately be available as feed for the plant.

TRINIDAD — A newly formed group consisting of representatives from three cities along southern Colorado’s part of the Interstate 25 corridor aims to attract travelers off the highway and into their communities. The Southern Colorado I-25 Eco-Development Group is made up of partners from Trinidad, Pueblo and Colorado Springs. The group met in Trinidad last […]