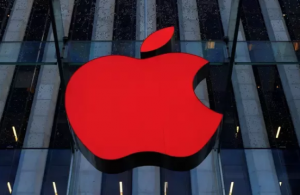 For those of you not of the tech geek persuasion, you may not have been following the big Apple announcement of their new iPhone. Before anyone comes quickly to their defense (i.e. Apple “fanboys” as they have become know) I am writing not to knock on the phone itself, but the hype.

I am really not sure what it is about Apple that generates so much brand loyalty but believe me, they have it. I have owned a few in my day, all the way back to the Apple IIc. I enjoyed the computers when I owned them, but at heart, I consider myself brand and operating system agnostic. Not carefully the definition pertaining to doubtful and noncommittal, not the god part though that could apply to how some fanboys seem to believe in Steve Jobs. I consider myself computer versatile enough to get my job done on any computer, just give me a few minutes to figure it out.

The thing that gets me with apple press is they seem to get positive coverage, no matter what they do. Granted, they have done some good things. The iPod along with iTunes received the blessing of the industry and has done what no others have been able to do in such a big way. Their current computers, both hardware, and software have broken a long slump that they were stuck in, now providing something worth considering using, albeit with a pretty good sized budget.

What about the failures? Those seem to go away without fanfare and seemingly without a blemish on Apple’s reputation, or ego for that matter. Whatever happened to the Newton, the mini or the much touted yet far underperforming line of computers throughout the mid-90s? That just slide under the rug. But the loyalists in the media foam at the mouth come to each MacWorld for the next big product announcement. Hollywood seems to love placing macs in every movie and show – ok, they do look better in that home office scene than a boxy PC, I’ll give them that.

The iPhone looks like it could be a decent PDA with some nifty new things. The big touch screen look could be some fun but destined for some serious scratches from the way I have seen most phones handled. I think the software ideas could be good, but the first generation is bound to have its issues and limitations. I do hope they make it easy for the independent developers to make some cool little apps for it because that is what has made my Treo such a fun phone to have. 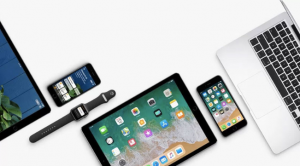 Just to counter some of the fanfare and flag-waving, here is what I think to be a realistic review that notes a few caveats when considering jumping on the iPhone bandwagon. Plus, just announced a day after the big iPhone hoopla, Cisco – who everyone knew owns the trademark on the word iPhone for a product – has announced their lawsuit against Apple. Apparently, those licensing talks that Steve was confident enough were done weren’t quite as complete as anticipated. No worries, Steve will make it happen.

All joking aside, I do hope Apple can push the industry to do more with the mobile phone, particularly the mobile computing variety. Apple, with their loyal fanbase, has a way of entering an industry and doing something to shake it up with a little style and panache (look it up, it’s good). What typically follows is the vast legions of companies that simply follow Apple’s lead and produce worthy knockoffs drive the big players in the market to play catch up. in the end, we get better, more interesting products to choose from – most of which are more reasonably priced and capable than what we had to begin with.

So maybe all the Apple fanfare is a good thing. Go Apple, do your thing!

Reverse Cellular Phone Lookup – Learn The Name Behind The Call

In today’s world of Google and other powerful search tools, maintaining your privacy can be a daunting challenge. Using a reverse telephone directory, anyone with Internet access is able to learn the name behind a phone number, as well as see the address, a satellite image of the home, and a variety of other details […]

Are social media tactics “upending” the music industry, or are they simply becoming recognized as part of an integrated multi-platform approach to marketing? Summer’s pretty much over, but the beat, as they say, goes on. Don’t think that those summertime music hits (or earworms, depending on your taste…I’m looking at you Gotye) are going away […]

Turntables are the aspect that is vintage and has powerfully hit the market because of its working ethics. High quality, which is readily available on pickmyturntable.com with the help of this link, one can get the best and most reliable products of almost every company, and this is the primary reason why the majority of people […]