Notch has been posting teaser images of Minecraft version 1.8 (the ‘adventure update’) for a while now. There are 2 things I’m most excited about: The variety of new blocks available to us, and the ability for Mods to enter creative mode at will while playing online. As soon as the update rolls out, I will use all my alts Minecraft and try all the different things that are there in this new mode.

I’ve analyzed the photos and took note of the new blocks. It seems we’re getting at least a few. The first is the stone brick texture. This is something a lot of texture packs give to cobblestone, so it will be a welcome addition. Within the pictures of the ‘strongholds’, we see a few variations. There’s the standard stone brick, there’s the mossy stone brick (more on moss later), and the cracked stone brick. There also seems to be a metal gate. That will be very interesting to incorporate into designs.

Below you’ll see a picture of a ‘ravine meeting a stronghold.’ These bricks are different colored. At first, I thought the same thing as Teco from Disdain Gaming, that this was an altered version of sandstone, but I’m pretty sure it’s the exact same bricks as seen in the above picture. If you look at the outlined lighting change, you see the color of the bricks gradient from one color to another. This is likely a new lighting engine, or a sudden biome change forcing the color of the bricks to be tinted differently. 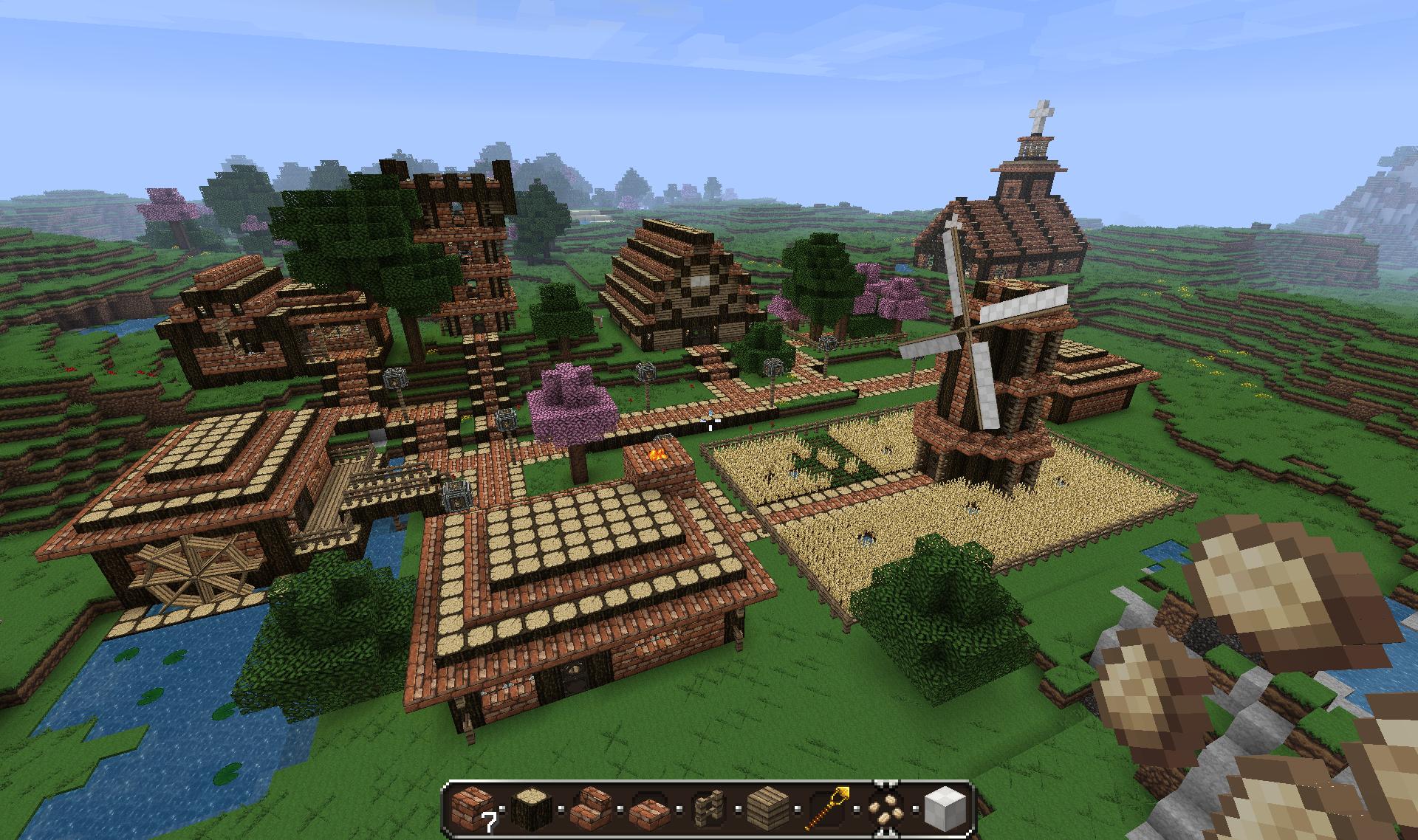 There are also what appear to be reeds, but they’re colored differently. Another biome/lighting change? I think not. There’s no dirt or water touching them, so this is a different material. It looks like thorns or dangling chains. Maybe it’s the GATE from the previous picture, opened and tinted because of a lighting change. I’ve seen a lot of speculation about the mob on the ground next to the zombie. “Biome specific skeleton?”, “crawling red skeleton?”, “It looks like it just died, but how!? Did the zombie kill it? Is notch great with a bow?”

It’s obviously a skeleton that fell and died. Ignore it.

Below is another picture notch posted showing a randomly generated village. Also in the shot are a few huge mushrooms, which I’m a little more interested in. It looks like there will be 2 separate types of giant mushrooms, red and brown. This means there will be at least 3 new mushroom blocks: Red Mushroom top, Brown Mushroom top, and Mushroom stem, which both of these seem to share the same texture for.

Because the villager’s houses are made of cobblestone with the same texture we all know and hate, this tells us that the stone brick texture seen in the above strongholds is a new block, not just a cobblestone re-texture. We also see the presence of mossy cobblestone, leading me to believe that moss now grows naturally on cobblestone. It’s not as if these villagers plundered a dungeon and randomly grabbed some mossy cobblestone to randomly put on their house. Then there’s this tweet by Jeb:

Yes, @notch has updated the mossy cobblestone for 1.8, but it isn’t included in the 1.7 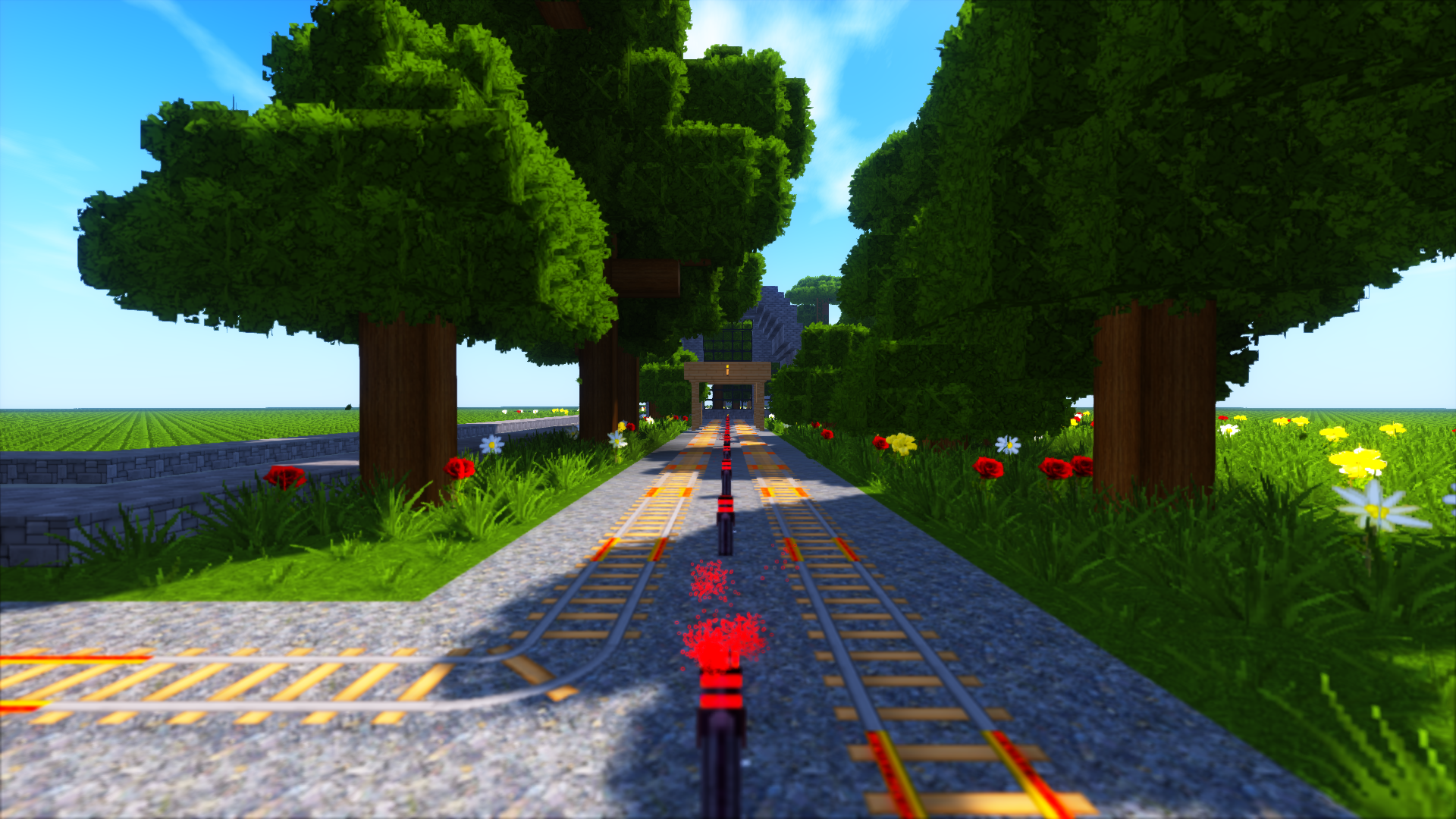 There we go. I’m guessing that mossy cobblestone will grow and spread similar to the way grass grows and spreads. We’ll have to wait to find out.

If you look at the above image you’ll also see a wooden door. While this isn’t related to a new type of block, it does tell us something about the new NPCs that are being added. They are likely to be 2 blocks high and can interact with external objects like doors. Will they be able to enter OUR doors, push OUR buttons and pull OUR levers? We’ll have to wait and find out.

Stay updated want to stay updated with site news and updates? Sign up for the mailing list to get informed right away when new information is added! Name:

The global health crisis that we are currently facing affected almost everything in the world. Pokemon Go is not an exception. Technically, playing Pokemon Go would require players to go outside to catch pokemon, battle with other players, train pokemon, join raids and among others. Pokemon Go title is based on real-life exploration. But since […]