TRINIDAD — A newly formed group consisting of representatives from three cities along southern Colorado’s part of the Interstate 25 corridor aims to attract travelers off the highway and into their communities. 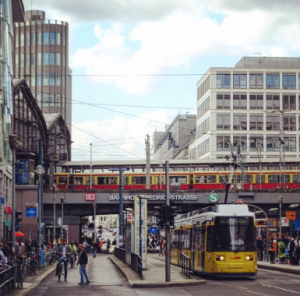 The Southern Colorado I-25 Eco-Development Group is made up of partners from Trinidad, Pueblo and Colorado Springs. The group met in Trinidad last week.

Chuck Murphy of Murphy Constructors of Colorado Springs led off the discussion by saying Trinidad had an advantage in that its historic buildings had remained untouched by urban renewal efforts, a process he referred to as “urban destruction.” Murphy said he had a lifetime admiration for the city and wanted to do all he could to make Trinidad a prime tourist attraction.

“Urban renewal didn’t touch Trinidad. It pretty much left you alone,” Murphy said. “It’s a blessing you have all the things you do have. I really want to help in any way I can in preserving those buildings. I think there’s a way to do that, and it’s been done by other communities. Trinidad doesn’t need to reinvent the wheel. It just needs to take a page out of someone else’s book to have some success.”

Murphy’s company has worked on many building restoration projects in other Colorado cities. He said he’d had ongoing discussions with some of Trinidad’s city leaders and was anxious to work with them to revitalize the city’s downtown area.

Murphy introduced Les Gruen, who is one of Colorado’s 11 state transportation commissioners and a Colorado Springs businessman. Murphy described Gruen as a master at using signage to draw tourists off the highway by featuring local attractions.

Gruen provided some statistics about the amount of traffic on I-25 in southern Colorado as it flows between Trinidad and Colorado Springs. He said Colorado Springs has the most traffic, being the biggest of the three cities and the one closest to the Denver metro area. He also pointed out that there’s more traffic in the summer than in the winter.

He quoted statistics that indicated Trinidad’s part of I-25 has about 7,000 vehicles a day, counting both northbound and southbound traffic. The daily traffic swells to about 17,000 in Pueblo, and to about 110,000 vehicles per day in Colorado Springs. He said the well-traveled routes through Denver carry about 225,000 vehicles per day, though he said many travelers are focused solely on getting to Denver and aren’t inclined to stop anywhere further south.

Gruen said the challenge was determining how to create adequate signage to attract those travelers to the cities of southern Colorado. He said there are restrictions limiting the amount and type of signage along interstate highways that can be used to feature local attractions. He said he’d be happy to work with anyone in Trinidad who wanted to promote the city’s attractions through effective signage.

The mission of the Southern Colorado I-25 Economic development Summit is to brainstorm ideas that result in collaborating on economic possibilities for the three cities along the I-25 corridor. Presently, more than 3 million people travel I-25 from Trinidad to Pueblo each year, and an estimated 15 million travel annually between Pueblo and Colorado Springs.

Lou Mellini, manager of a Colorado Springs radio station and a board member of Trinidad’s Mt. Carmel Health, Wellness and Community Center, said the three cities can work together in a partnership to promote their common interests.

“These three cities have the richest history to be found anywhere in the State of Colorado,” Mellini said. “Now,

together, with a collaboration of the three cities, we will find a way to harvest and bring in to our cities the hundreds of thousands that come from California, Arizona, Nevada, Oklahoma, Texas and New Mexico. They come through those states and enter Trinidad, La Puerta, the Gateway. What we have done is looked at…Trinidad, Pueblo and Colorado Springs, and looked at what we could do to entice travelers to come to these cities.

“When you look…at the rich history Trinidad offers, with the Purgatoire River, Mt. Carmel and the Santa Fe Trail, those are opportunities for capturing and harvesting those tourists that come in.”

Mellini said a smart-phone application focused on the three cities could help tourists identify their various attractions, and combined with radio and newspaper advertising, could funnel those tourists to attractions they’d like to experience.

Jay Cimino, founder of the Mt. Carmel center, said southern Colorado needs to find new and creative ways to brand itself so people worldwide can instantly recognize that brand.

“Other areas of the country have been growing their economies, while we have not,” he said. “We can do something about that by re-branding ourselves with an identity that can help stimulate our economic development. This is a great area of the country and one I’ve always loved. We need to differentiate ourselves and put that pride back into it.”

Australian headquartered junior copper miner, Tiger Resources, is to acquire the 40% shareholding in the Kipoi copper project in the DRC which it doesn’t already own. The acquisition covers the 40% of operating company, Société d’Exploitation de Kipoi (SEK), currently owned by DRC parastatal mining company, Gecamines. Tiger already owns 60% of the company and […]