The Elf – 13.666 years old (with the accent on the “666”) has just made a major-league pitch to us for a…for a…tattoo. And not just some tiny little rose on her ankle you could cover with a stocking or a sports bandage or a skin graft. This time the Elf is living up to her nickname. “It’s a hand?” she told me. “But smaller, like a gnome or a fairy’s hand? And it’s curling around from behind like it’s grabbing my arm. Won’t that be cool?”

I have to hand it to myself: my head did not explode. But I hauled out every counter-argument I could think of. I tried the ‘health’ angle, and I she showed me articles on how safe “skin art” was these days. I said, “Nobody your age is getting –“ and she listed half a dozen kids in her 8th-grade class who already had tattoos. I even tried Being Reasonable – I was that desperate. “Honey,” I said, “I know how much you want this, but really, I think –“ 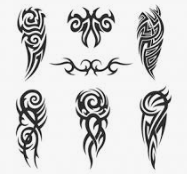 She put an affectionate hand on my arm and smiled – no, really, she actually smiled “Daddy,” she said. “I love you-you know that. But I don’t care what you think.”

I was stumped. The best I could do was cross my arms and looked oh-so-very stern and say, “We’ll see.”

I’m going to have to get there first. Seriously: The Mom and I are going to have to talk this through. ’m dead-set against it, and I think she is, too. And of course, The Elf can’t get it done without a note from her parents. But we’re going to have to formulate a really good counter-offensive to avoid getting…well, you know, offensive.

There’s not going to be any tattoo. Not on my watch. But I’d really like her to agree that it’s not a great idea, at least for a few years. Or decades. Or lifetimes.

To be completely honest, I don’t have any really strong feelings about tattoos. I’ve seen some cool ones, and I’ve seen some really horrible ones. The cool ones, well, they tend to be on people who are really extreme. Old punk rockers covered in tattoos, that’s pretty cool, very hardcore. Teenagers with lame body art, not so cool.

It’s cool that The Elf is so open about what she wants. But it’s too bad that she wants a tattoo. It’s going to be hard to convince her that getting a tattoo at 13 is a bad idea because it can be hard to persuade someone to not do something.

I feel like getting a tattoo is like picking out a shirt. A shirt that you would never take off. A shirt that you would wear every single solitary day. You’d want that shirt to be perfect, right? It would need to look good with all your other clothes. It would have to be appropriate at weddings and funerals, during school and during play. It would be a permanent fixture of your life forever and ever. 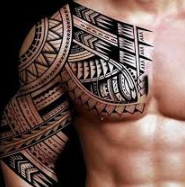 I agree that it would be great if The Elf could come around to agreeing that a tattoo doesn’t make sense, but if she doesn’t, this is a battle to pick. (You know, “they” always say, ‘pick your battles’.)

So, you’ve tried a few arguments and none have made an impression. I’d focus on how her tastes have changed – and will continue to change. The hairstyle that looked so “cool” two years, but she wouldn’t be caught dead with now. Or, the outfit that was a ‘must-have’, that’s now been discarded as “so yesterday”. What happens when she changes her mind about the tattoo? I know, The Elf will say “but, I won’t change my mind”. But, we know she will.

Stick to your guns! — with loving explanations of why and the promise that if she still wants a tattoo when she turns 18, she can do it. She’ll thank you for this down the road. Of course, in the meantime, you’ll probably pay for it in many creative ways!

Rach, the “teen” A few years ago I tried to get my parents into being conscious of our footprint. It didn’t work, we all used the recycling as another smaller trash can, I felt bad, told everyone that recycling was for hippies, and gave up. Of course, my dad just recently got into recycling. Actually, […]

Rail Canada provides a carefree way to explore Canada’s countryside. Trains roll from the quaint towns of eastern Canada to the flat expanses of the Canadian prairie, through the Rockies to the Pacific Coast. History The first railway was established in Canada in 1836. VIA Rail Canada arose in 1978 following the consolidation of the […]